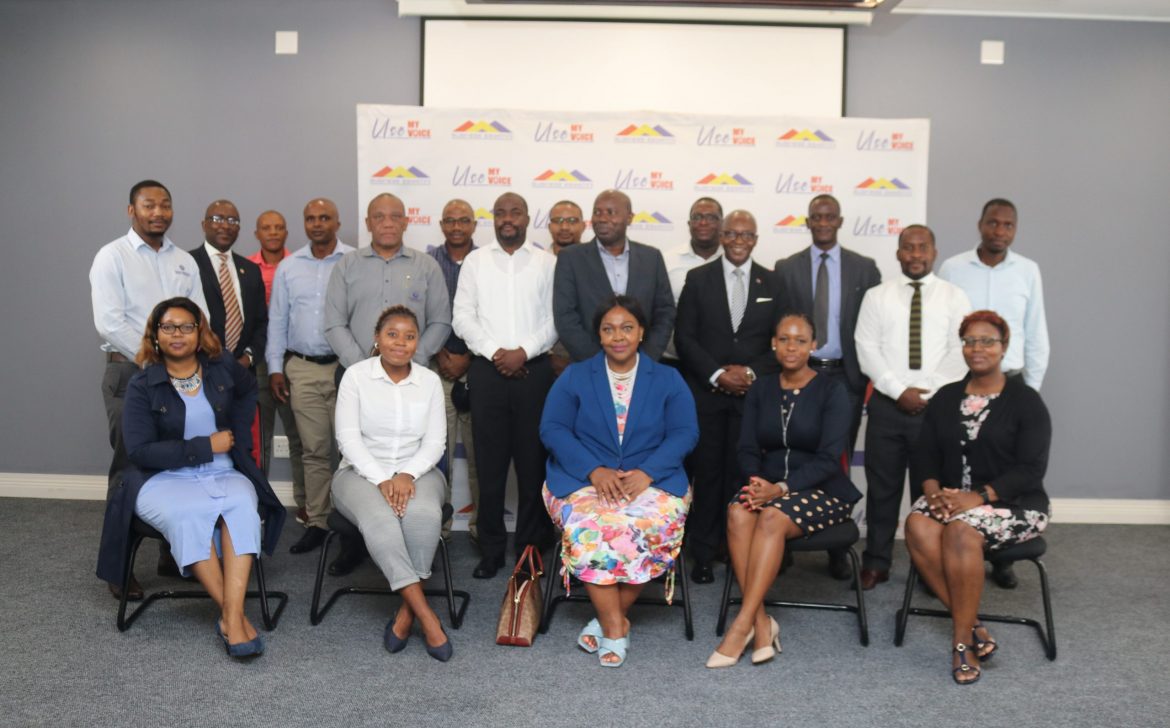 Business Eswatini (BE) convened a major insurance Indaba which involved most companies in the country that deals in insurance and risk management. It was a well-attended sector conference which saw senior executives engage each other in order to find solutions to common problems.

ESRIC’s General Manager Zama Ngcobo who is the chairperson for the insurance sector at BE chaired the proceedings whilst BE’s CEO, E. Nathi Dlamini acted as the convener on behalf of the BE Board. Sector meetings are a common occurrence at BE but this particular one was distinctive given the fundamental changes that have taken place in the country within a very short space of time. These include the effects of climate change which have seen the insurance industry part with millions as payouts to insured individuals and companies who have suffered various kinds of losses. Then there was the recent unfortunate matter of the social unrest which also saw a number of buildings and infrastructure being lost, some which may or may not have been insured as it is very expensive to insure against political risk.

The sector bosses were challenged to come up with practical insurance solutions to address the country’s home-grown problems like the riots, looting and whatnot. The meeting was however cautioned that affordability of the insurance cover was key which was however not a major cause for concern given the competitiveness of the industry.

On the matter of social and political risk insurance, the insurance companies were one-minded when they said that they have now agreed on a solution to the problem and that a risk package to address these risks is now complete. There was a rapturous applause because in the recent social skirmishes the number of companies and individuals who were not insured is alarming. This is why there was a need for the head of state to launch a reconstruction fund. This fund was meant to help those businesses which were not insured.

The sector then deliberated on the national social security bill and the proposed conversion of Eswatini National Pension Fund conversion from a provident fund into pension fund. They were unanimous in their support for a social security benefit in the country and that it is something needed by every citizen in the country. However, they voiced out their concerns that insurance companies had not been invited to be part of the exercise, and neither were they consulted yet they saw themselves as a major stakeholder in the whole exercise. They further expressed their reservations on the approach being taken to implement the whole thing fearing that it may not take much, according to their opinion,  to have it bankrupted within a short period of time due to lack of rigorous testing and planning before promulgating a legislation.

They also weighed in on the matter of the Unemployment Benefit Fund (UBF) as well as Workmen’s Compensation and wondered why these benefits were not made part of the proposed national security. They further proposed that workmen’s compensation should now be open to every insurance company in the country and not the preserve of ESRIC. The meeting was unanimous on this and a solid resolution was taken to pursue this matter as a common position of the sector which BE was requested to push aggressively for the stability of the insurance sector and, by extension, the whole economy.

Those companies not in attendance were encouraged to look out for the next meeting so as not to miss out on the crucial discussions which influence the landscape of the sector and that of the businesses that the insurance sector supports. BE was commended for hosting the sector and further encouraged to pursue the issues raised on the day with courage. There will be more such meetings to come. 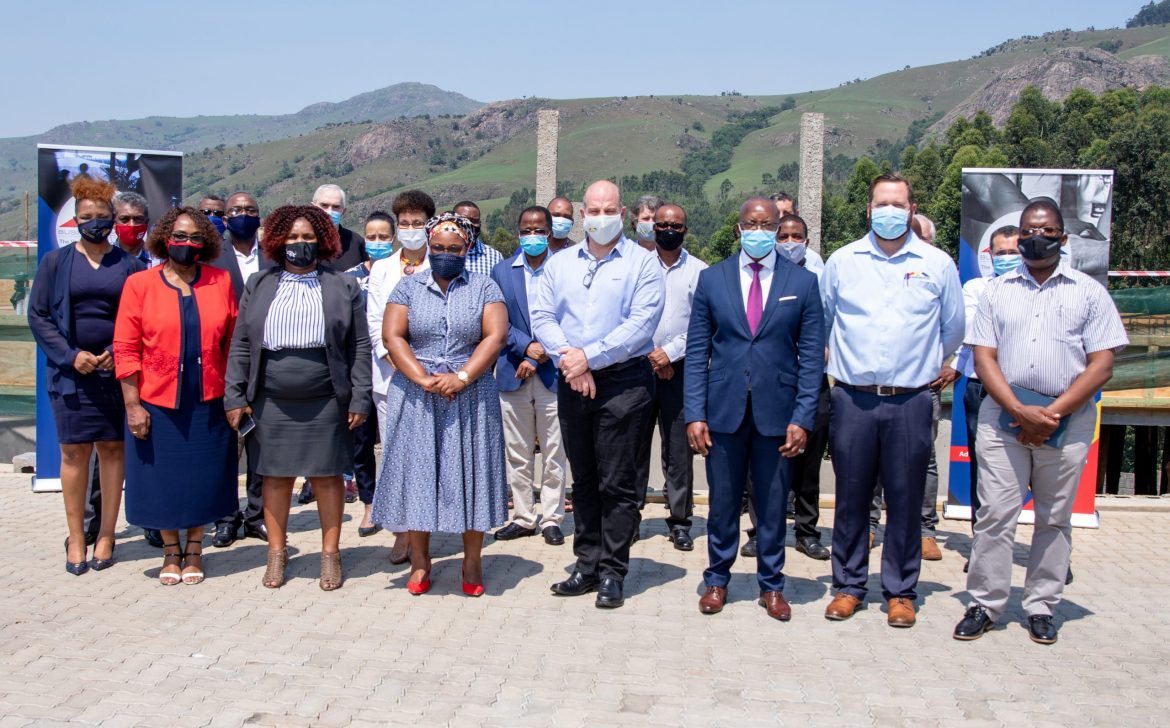 Statement from the BE Board: We Stand United Behind the Recent Statements by our CEO, E. Nathi Dlamini

Business Eswatini’s mandate is to promote the advancement of our national goals and aspirations while advocating for and protecting the interests of the business community, in particular those businesses under Business Eswatini. In this spirit the board of BE stands fully behind the statement issued by the CEO. The Board of BE is disappointed at the politicisation of the CEO’s statements despite the full knowledge that it came from an informed place.

For too long now, Eswatini’s utility tariffs have not been cost-reflective. The cross-subsidisation of electricity, in particular, has forced many businesses to look into off-grid solutions to lower costs.

It is no secret that with the load-shedding and power shortages in the Republic of South Africa there is going to be an increase in the price of electricity over the medium term, while the proposed thermal power plant is 8-10 years in the offing, there is a looming potential shortage being forecasted over the medium term.

BE membership includes all the biggest users of electricity in the country, most of which are looking at alternative renewable energy self-generation projects due to the high costs of electricity and the unfavourable outlook. If such a situation were to occur, as it seems it will, and a number of large private sector organisations were to go off-grid, the cost of maintaining the grid, which would remain unchanged, would be passed on to the consumer entirely, resulting in sharp increases in electricity tariffs for all. We need to avoid a situation where all businesses go off grid, and there is no one left to subsidize domestic consumers.

The Global Competitiveness Report 2019 ranks Eswatini at 121 out of 141 economies, improving vital metrics of competitiveness such as the cost and quality of utilities is a crucial step towards improving these rankings and attracting Foreign Direct Investment.

Holding down natural increases in utility bills is a flawed way to enhance consumer welfare. Nothing will benefit the average Liswati more than the creation of jobs. A thriving private sector is crucial for the creation of sustainable sources of employment for Emaswati. Business Eswatini is committed to working with our members to further this agenda. Moreover, utility price hikes for the private sector are inevitably passed on to the consumer, in the form of higher prices of goods and services, eventually harming the end user.

The original proposal from EEC was an increase of 10% for the consumer and between 6.8% and 7.22% for the various categories of private sector users. After lengthy consultations with BE and the ESERA, the proposed increase was brought down to 3% for consumers and a decrease of 1.27% and 1.33% across the private sector categories. BE strongly felt that this would balance the pressure on the consumer and go a long way towards achieving our national objectives of enhanced investment and job creation, while reflecting a huge reduction from the initial proposal.