We therefore require that each company register with us as soon as possible. This can be done in 4 simple steps:

We encourage you to share this update among all business people within your reach as our aim is to ensure that all businesses keep their doors open amidst the threat of another deadly strain of the virus. We believe that the roll-out will be a huge success through cooperation from all parties involved.

For further enquiries do not hesitate to contact our office via email to: mbusos@business-eswatini.co.sz or programs@swabcha.org.sz 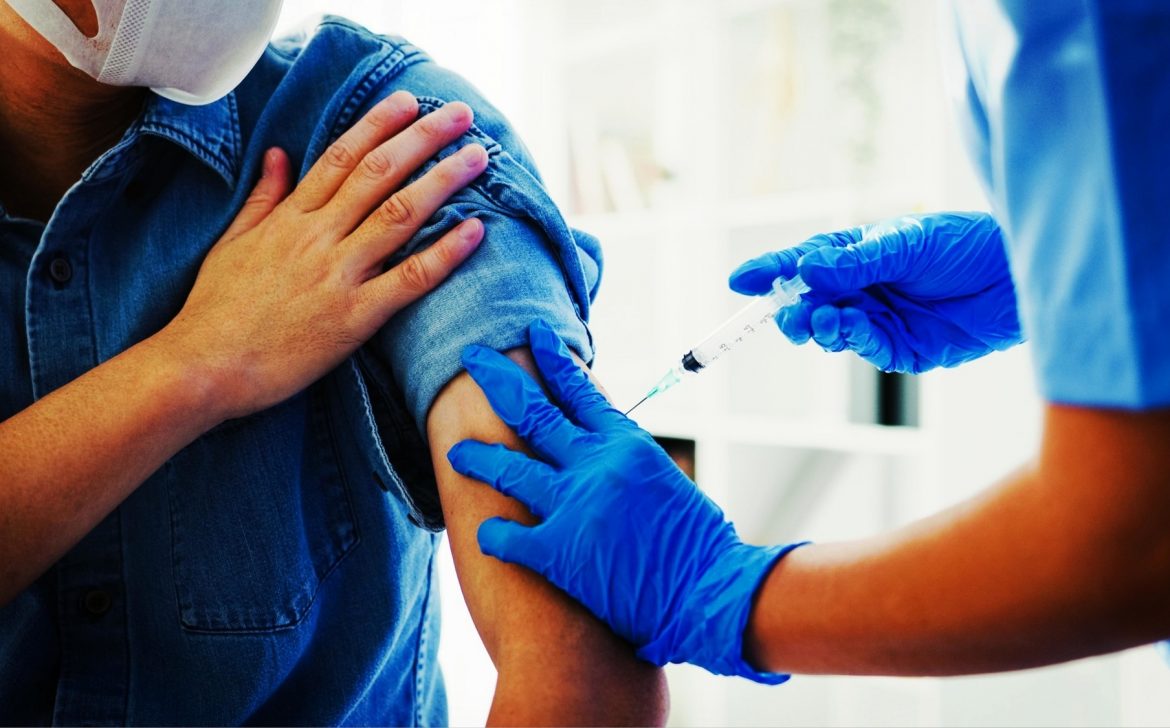 We are excited to share some good news that Business Eswatini in alliance with SWABCHA will be rolling out a COVID-19 vaccination programme to the entire private sector of Eswatini imminently. This initiative is courtesy of the Ministry of Health and local Development Partners to whom we are very thankful. We are excited because this vaccine comes at a time when the third wave has begun to hit the country.  We are, and have been, very uncomfortable with the level of protection of our private sector employees against the virus

Since the first round of lockdowns the economy has been on a downward spiral and a large number of businesses have suffered as a consequence. The common culprit has been none other than the virus.

It is against this backdrop that we feel privileged to be part of the exercise of inoculating the private sector in all the regions of the country. We feel there is no better way to serve the people than to protect them from a deadly virus. For this reason we would like to applaud the ministry of health, SWABCHA and our development partners for making this dream come true for Business Eswatini.

We therefore require that each company register with us as soon as possible. This can be done in 4 simple steps:

We encourage you to share this update among all business people within your reach as our aim is to ensure that all businesses keep their doors open amidst the threat of another deadly strain of the virus. We believe that the roll-out will be a huge success through cooperation from all parties involved.

For further enquiries do not hesitate to contact our office via email to: mbusos@business-eswatini.co.sz or programs@swabcha.org.sz 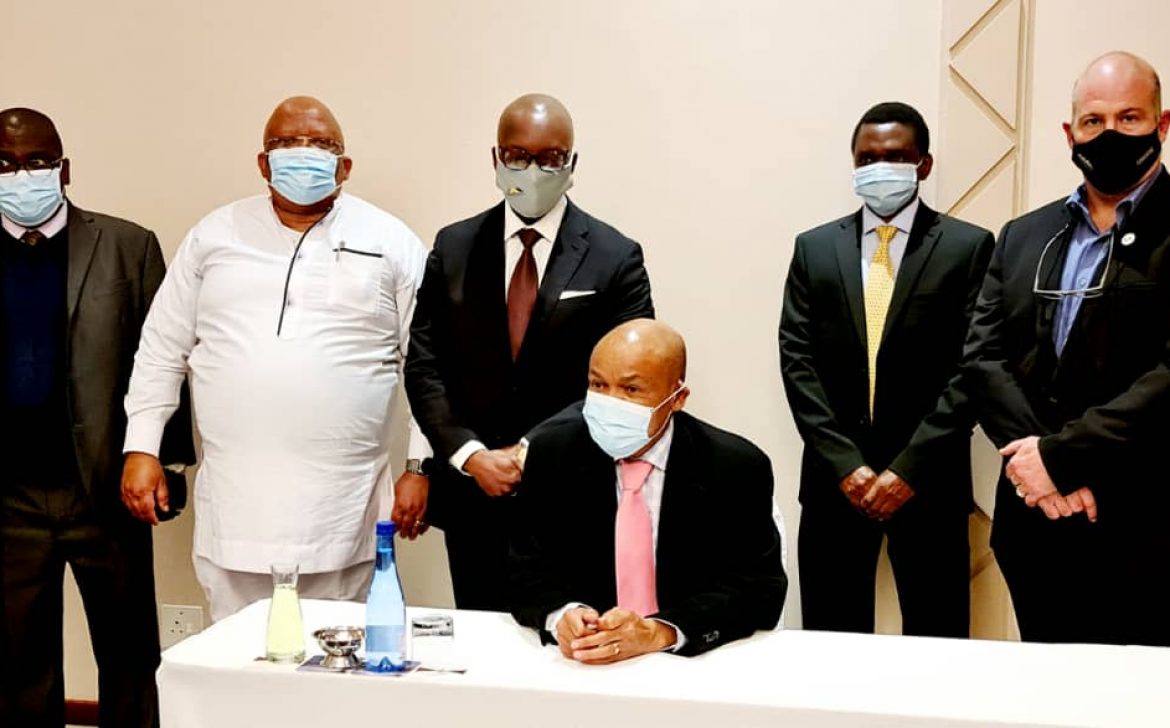 Whereas; at the outset, on behalf of the private sector we would like to express our sympathies for the loss of life in recent days and the unnecessary destruction to innocent people’s properties and possessions.

Whereas, Business Eswatini (BE) is the apex representative body of the private sector in the Kingdom of Eswatini accounting for 90% of private sector GDP in the country;

Whereas, BE membership is the country’s largest employer in the formal sector with around 75, 000 employees; a distant second being the nation’s civil service; we accept as the private sector’s role to create the jobs which the nation needs. We also accept it as truth that for these jobs to be created, investment projects, both local and foreign, need to be promoted.

Whereas; we can assume the political unrest will serve to deter investors from investing in the country; thereby depriving the private sector of the opportunity to create more jobs which are needed by the country, especially our youth in whose bracket unemployment is disproportionately much higher. It will be sometime before investor confidence is restored.

Whereas, the fiscal burden of the country is by way of taxation financed by BE through the commercial activities and tax contributions of its members whose location crisscross the length and breadth of the country.

It does not escape our attention that the performance of the private sector has a direct bearing to the prosperity, or otherwise, of the country. It is the private sector  that creates the national wealth needed by this country and as BE, it has always been a privilege to be part of nation-building through our business activities.

Whereas, SACU receipts constitute almost half of the country’s national total revenues, which revenues come from regional trade and commercial transactions conducted almost exclusively by Business Eswatini. This being the case, therefore, any disturbances that disrupt trade and commerce in general, and in particular our supply chain as a net importer of goods, will invariably affect the revenues of the kingdom. The recent disturbances in our supply chain routes mean that commercial trade was severely compromised, if not driven to a complete halt in some instances; which by extension means that national revenues desperately needed by the country to tackle urgent national matters like COVID-19, will take a heavy knock particularly at a time when it can ill-afford.

Whereas, the fixed assets in the form of buildings, plant and equipment, commercial vehicles and other means of commerce are invariably owned and operated by Business Eswatini membership across the country. As such, their destruction through arson attacks and rampant looting means that Business Eswatini membership were the biggest losers in the recent riots. Most of these businesses which were destroyed were uninsured as the perceived risk of this unfortunate occurrence was extremely low given the long history of political stability of the country. It is not presumptuous to think that some of them have no chance at resuscitation at all.

The losses suffered by the private sector are currently being assessed and early indications suggest that the losses could run in the lower billions of Emalangeni when one factors in stock looted, damage to factory buildings and other critical business infrastructure; disruptions in trade and foregone revenues that would otherwise have been achieved. All of these losses are being calculated as we speak and an accurate figure will be known in due course.

Whereas, the political mayhem happens against the backdrop COVID-19 which had singularly caused considerable damage both to the economy and the lives of emaSwati. A considerable amount of joblessness in the market has worsened and new investment projects to replace the lost jobs have been slow in coming. In the absence of a decent social payment to keep jobless people going, means that the level of discontent has been escalating.

Therefore; we as Business Eswatini had called, and have continued to do so to this day, on all parties concerned to engage in some form of dialogue in the days preceding what would eventually become a calamitous event in the life of Business Eswatini.

The private sector will require financial assistance to rebuild the businesses destroyed during the events; this in turn will save the jobs which many emaSwati desperately need.

Until the unfortunate recent developments, Eswatini had been undisputedly known as the beacon of peace and tranquility with a colorful and all-inclusive culture. The beautiful sights of the mountainous Kingdom coupled with conducive climatic conditions are unmatched. In fact, these factors combined arguably make the Eswatini a stable and a very good place for investment.

The country experienced a very rare wave of protests in the beginning of July 2021 which quickly escalated into ugly and deadly riots. The fracas led to rampant looting and indiscriminate destruction of business establishments most of which were deliberately torched. While we are told that the long arm of the law will eventually deal with the perpetrators, it will still not make up for the damage already done on the ground; neither will it alleviate the huge cost burden to be carried by innocent business people. The business community finds itself in the ‘middle of a creek without a paddle’.

27 June – Announcement of “Kungahlwa Kwenile”, in this context it metaphorically means ‘we inflict the most damage once it is dark’: this campaign resulted in the looting and burning down of infrastructure, which included business establishments. This was announced to start on the 29th June 2021.

28 June – Protestors forcibly make their way into shops, loot them of goods and burn down in separate areas of Matsapha and its surroundings.

29 June – Looting and torching down of shops and some factories continues sporadically across the whole country even spreading to rural areas. Initially, they had targeted at specific structures but later spread to other business community including small general dealers in remote villages.

Major towns characterized by scenes of violence, increased looting of shops, traffic jams and unofficial traffic roadblocks by civilians on all the roads of the country with civilians demanding “toll fees”.

Cargo in transit looted from trucks and then set on fire resulting in more businesses losses.

Security forces deployed within the cities resulting to scenes of commotion as city center is cleared, further leading to major upsets and disturbances to businesses. All businesses close down indefinitely.

Burning and looting continues through the night within Matsapha, the industrial hub and other towns, further exacerbating an already volatile and unstable situation.

“To minimize unnecessary movement and ensure the safety and security of emaSwati and residents”, Government, with immediate effect, introduced a curfew between 6:00pm and 05:00am. To enable workers to get home safely, all businesses were required to be closed by 3:30pm; with essential workers being required to produce a permit when travelling at night. This in effect exacerbated the economic malaise already suffered.

State of panic and uncertainty dominates the country as speculation on developments becomes the order of the day. Businesses remain closed for fear of intrusion and destruction by protestors.

Reports of security forces cracking down on perpetrators appear on various online platforms coupled with a loud outcry against alleged violence used in the process leading to more panic everywhere.

Several organizations representing different stakeholders issue statements calling for restraint of force on the side of government and inviting international community to intervene.

1 July – More petitions and statements calling for calm flood the country – directed at government and protestors.

Reports of civilians killed during the violent altercations between security forces and protestors increase and are broadcasted on online medium platforms and international news media. No one claims responsibility for the murders which becomes another issue of concern prompting more scrutiny and calls for an inclusive dialogue to restore peace and calm in the country.

3 July – Princess Sikhanyiso, the minister of ICT, makes the first public statement ostensibly refuting claims that the alleged killings were perpetrated by local security forces and instead apportioning blame to foreign insurgents.

Several Govt. ministers come out in support of the statement (Commerce, Finance incl.)

Different reports on numbers of civilians killed and varying reports on how they happened and reasons.

4 July – TROIKA Ministerial delegation steps in the country on a fact-finding mission and makes consultations with government, then return.

Reports of shootings keep pouring in and pressure is mounted by business community and international community as they call for dialogue.

6 July – Minister of Commerce (CIT) makes statement on an interview narrating the circumstance that led to the unrest – a version consistent with the utterances of the Princess Sikhanyiso, the Minister of ICT.

9 July – Border blockades by EFF on the SA side causing further frustrations on logistics of fuel, food items and other goods through the border. This stifles normal business operations further.

Businesses continue to operate under the curfew with some modicum of normalcy even though the state of uncertainty persists due to continued reports of violence.

12 July – Minister CIT consults with private sector on damage caused by the unrest.

13 July – Announcement of the return of TROIKA announced.

Announcement of SIBAYA called by HMK to coincide with TROIKA.

2021 EXPORTER OF THE YEAR AWARDS 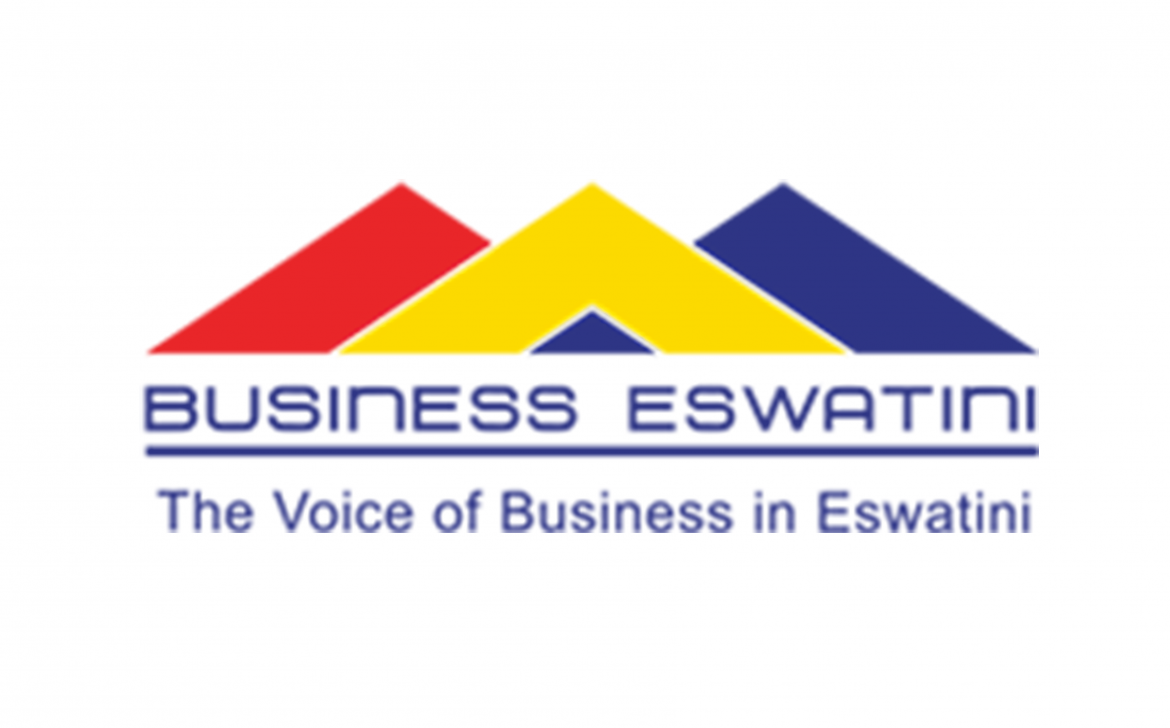